As with most stories of my crafting, this one started at Michaels. During a sale. Lord help us all when that happens.

Okay, so I’m there and theres a sale on like… everything having to do with yarn and you know I’m all over it. ALL over it! And somehow, a round loom ended up in my basket and it was cheap and I had a coupon and well, I took it home. 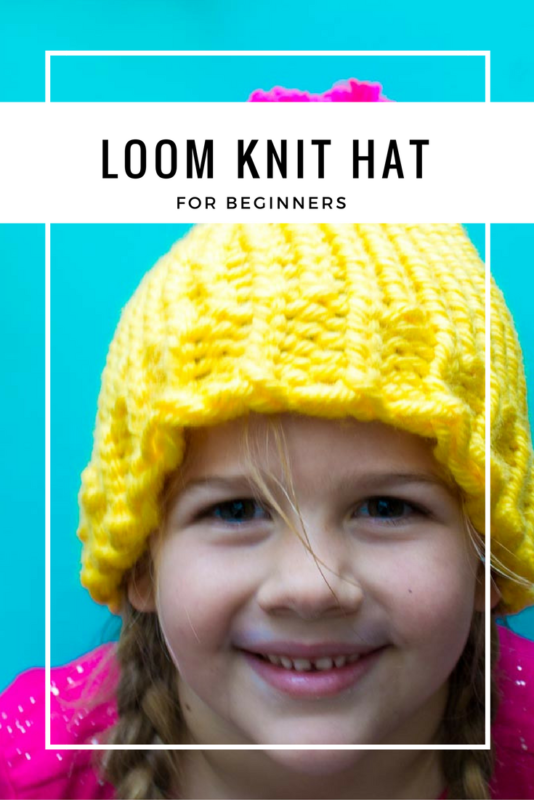 Fast forward a year and I remember I have the darn thing and it’s hat weather, so I figured now was the right time to pull it out. Especially since I needed to knit up some hats really quickly for some Christmas presents. If you’ve never used a loom before, a loom knit hat is probably one of the easiest things ever. These hats are perfect for beginners and experts alike. So lets make a loom knit hat! K?

Loom Knit Hat for Beginners
Cost: $15-20 for multiple hats
Time: 2 hours or less (depending on thickness of yarn)
Skill Level: 2 out of 10 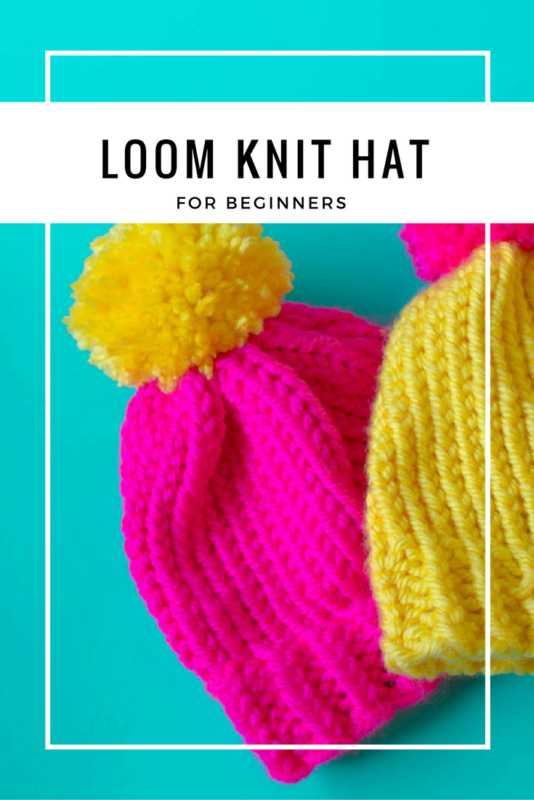 (Want to branch out and make a scarf?)

There are 2 stitches you need to know for this project. The EWrap (which will also be your knit stitch) and the purl stitch.

The EWrap is pretty simple. Just loop the yarn around each peg starting from the left side, looping it around the front and continuing to the next peg on the left. 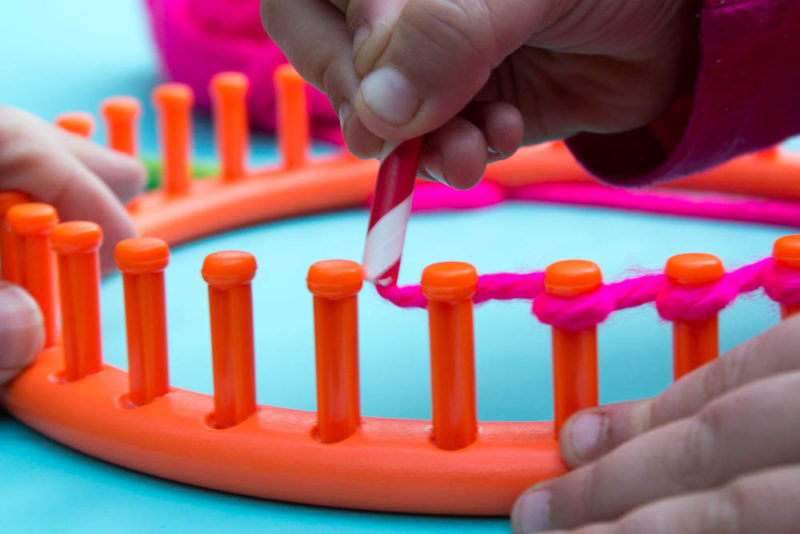 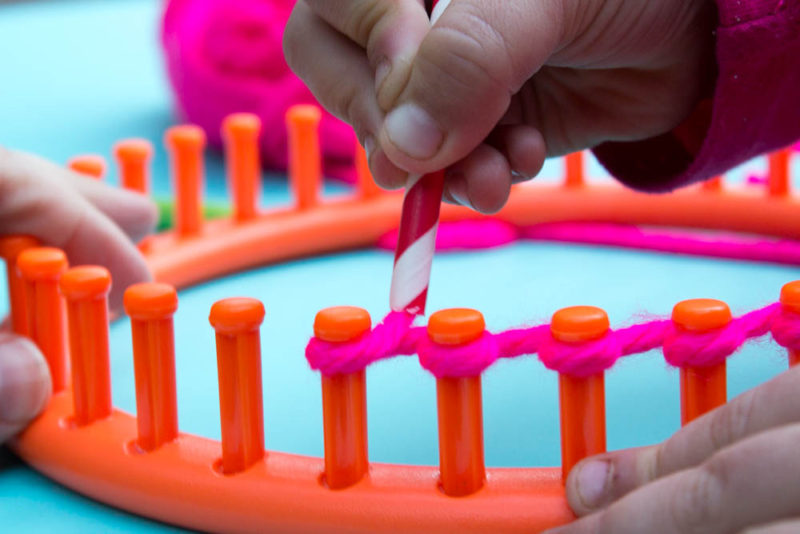 The purl stitch is a little bit different. You’re going to bring the yarn BELOW the loop on your peg. Slip the loom hook UNDER the top loop to grab the bottom yarn, bringing it up THROUGH your top loop. Slip the loops off of the peg toward the inside of the loom and place the new loop back on the peg. 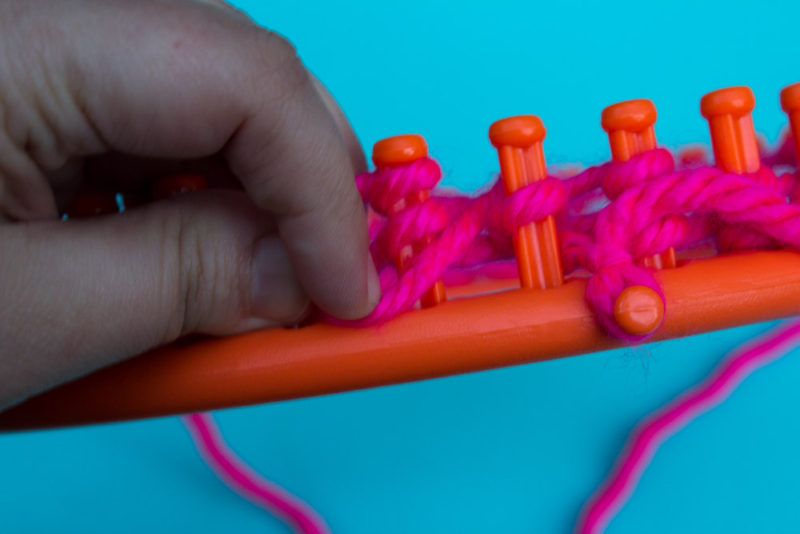 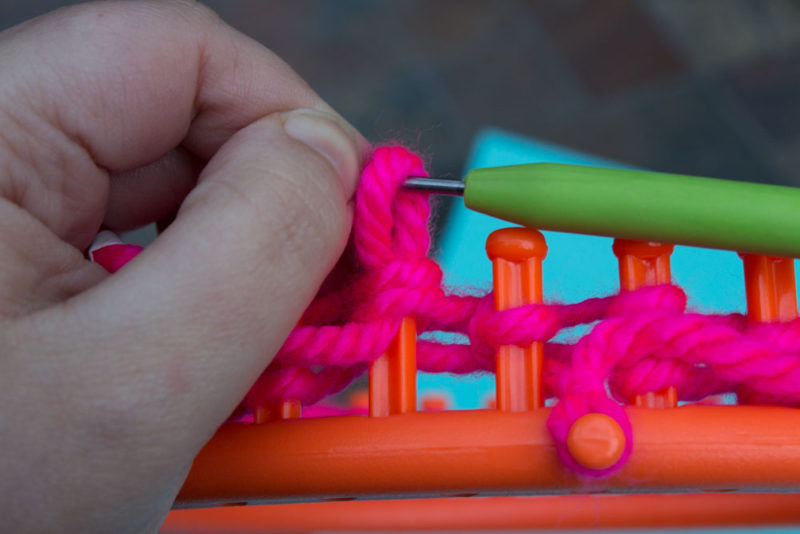 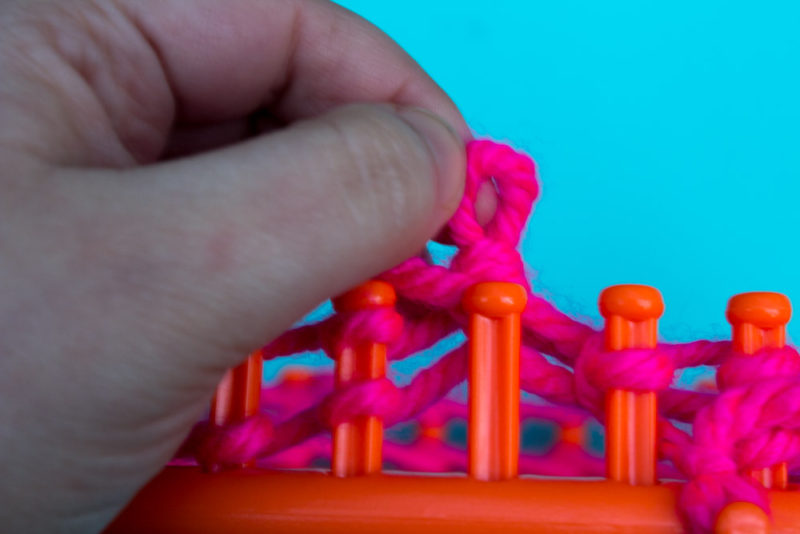 Start by cutting your straw in half to create a yarn stylus. Gently push the yarn through the straw half (I used a wooden skewer). You don’t have to do this but it makes things a heck of a lot easier.

Make a slip knot and put it onto the anchor peg (the one sticking out in a different direction of the loom).

EWrap each peg on the loom for 2 rounds (these are your foundation wraps), then begin a pattern of knit 1, purl 1 around. Instead of pulling up the bottom loop, you’re going to pull off the two loops you just created.

Continue the K1 P1 pattern around the loom for 5 more rounds givng you a total of 6 rounds. This will create the brim (or whatever you want to call it) of your hat. You can remove the anchor slip knot at this point

Switch ot a knit (EWrap) pattern for the rest of the project. You’ll knit until it is the desired length – I went for about 9 inches total.

TO FINISH:
When you’ve reached your desired length cut your yarn with a 8 inch tail. Purl stitch each peg around but this time, pull the yarn all the way through and remove the loop from the peg completely. When you’ve done this all the way around, simply flip the hat inside out and pull the tail. This will cinch the crown of the cap like a purse string. Pull tightly and use a yarn needle to secure the tail. I do this by going back through a few of the loops. If you don’t want to add a pom pom, this is when you’ll cut the tail. If you do… read on. – Make sure to also sew in the anchor tail 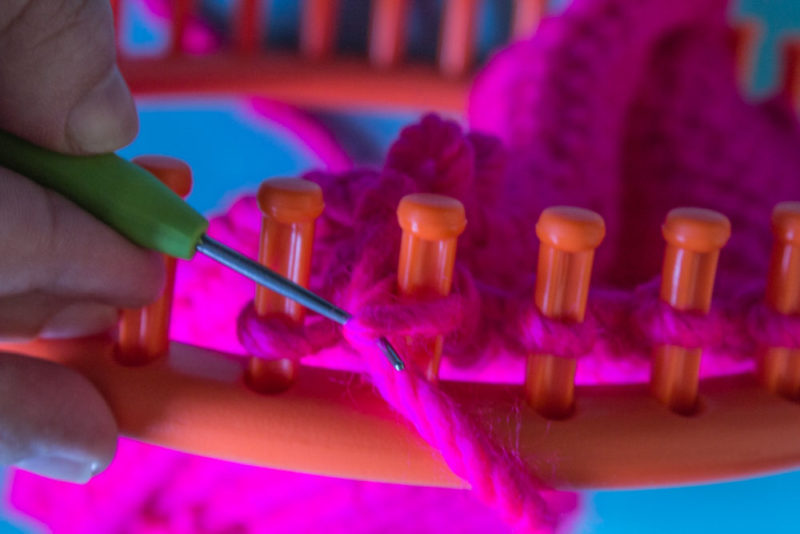 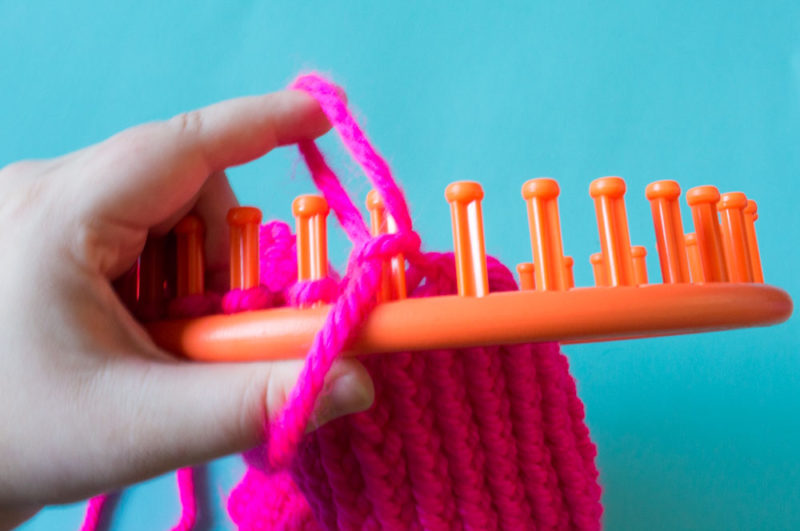 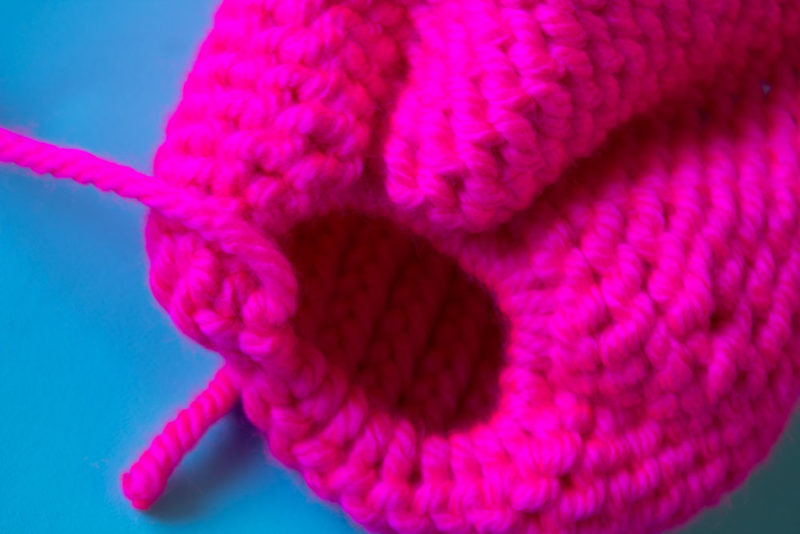 ADD A POM POM
A fun hat is not fun unless you add a pom pom! I’m going to admit that I HATED pom poms until recently. What changed? I finally broke down and bought a pom pom maker. OMG so much fun! 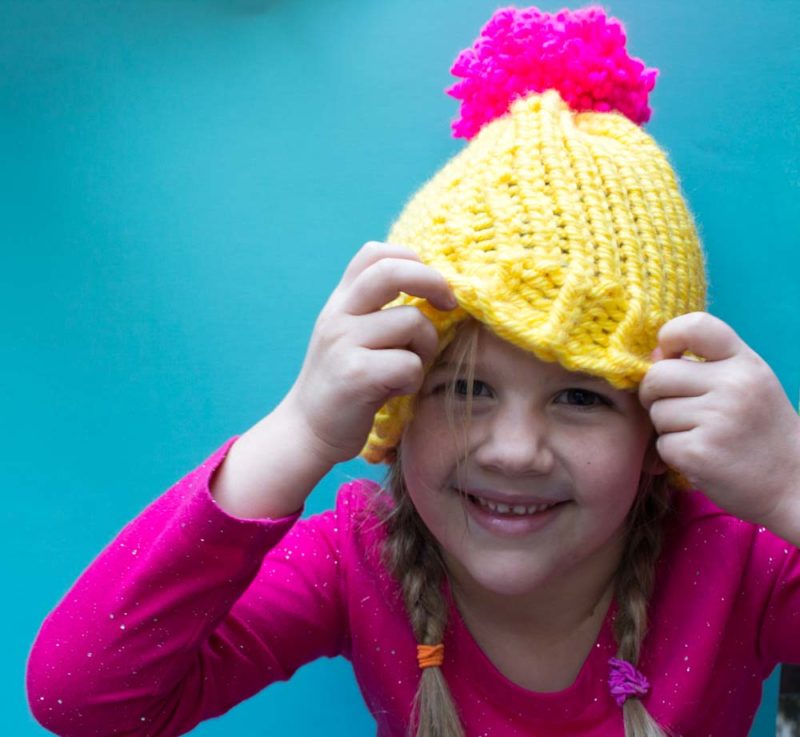 To add your pom pom, thread the anchor strings through the hole in the top of your hat. Tightly tie those and the hat tail in a square knot. Once you’re happy its secure, cut the excess off and wear your hat! 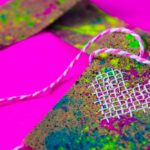 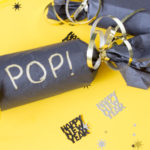 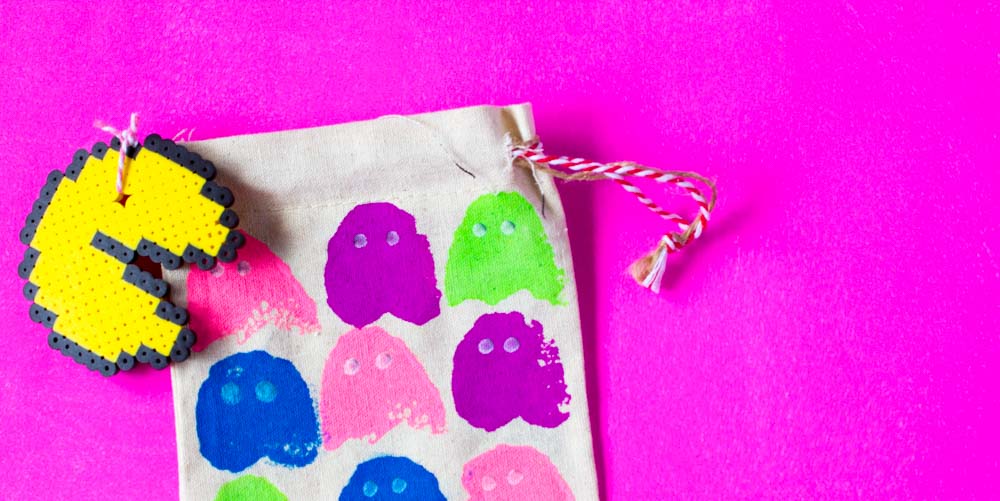 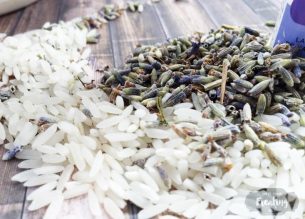 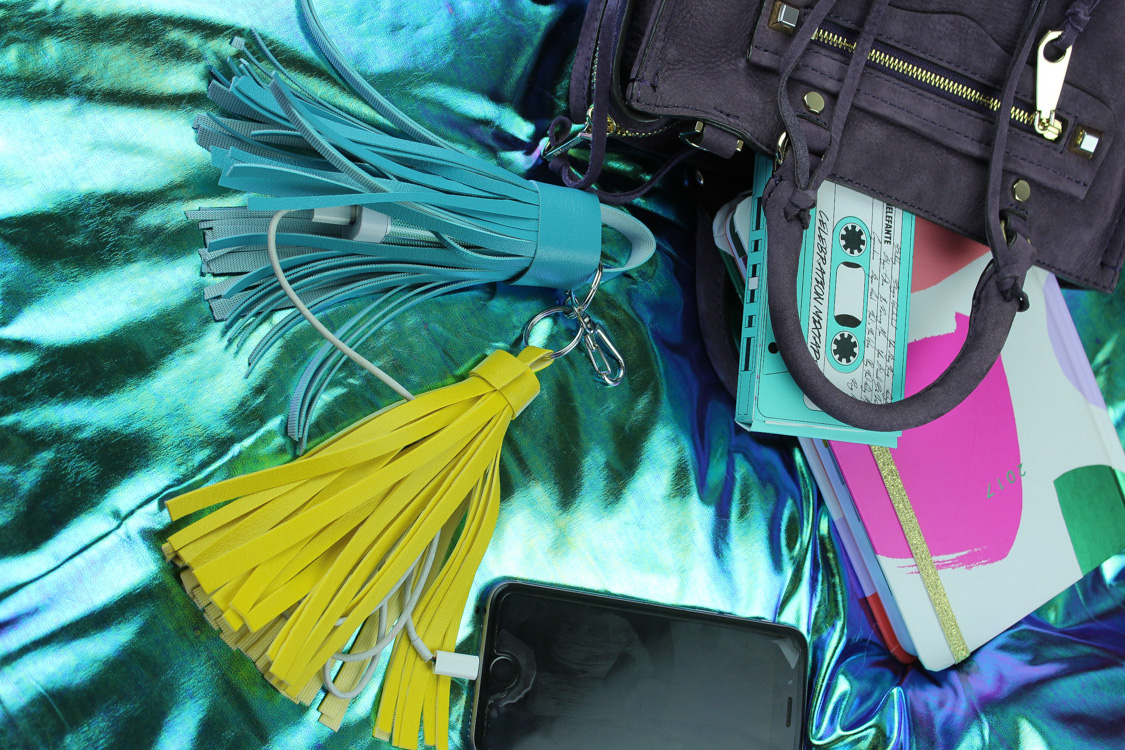 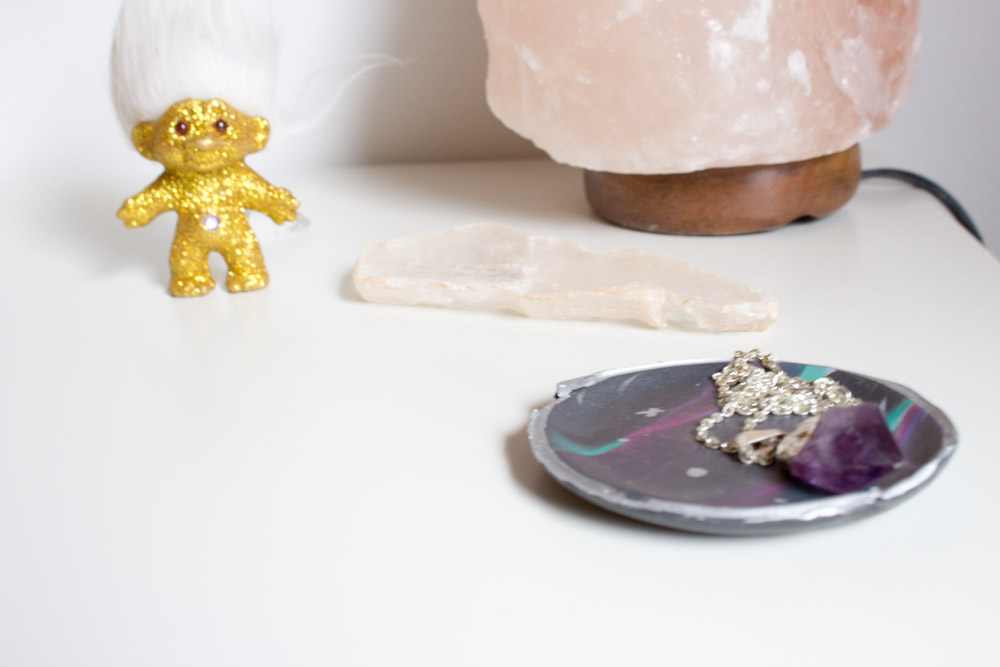